The Amazing Celebration of the 101st Anniversary of Azerbaijan Democratic Republic

Monday, April 29th is the special day for me and many blogger friends. Just you may guessing because of what?

Yup, we honored to warm welcome by the invitation Azerbaijan Embassy of Indonesia in Jakarta to celebrate 101 Anniversary of Azerbaijan Democratic Republic which first since established on 28th of May, 1918 declares first parliamentary democracy in the Muslim world and the granted universal suffrage to women.

At this very special day was located in Kempinsky Hotel Jakarta, Replacing Ambassador of Azerbaijan or by Charge d'Affaires H.E. Mr. Ruslan Nasibov gives keynote statement to all participants and honor guests. He speeches to progress and development Azerbaijan country during the century.

Moreover also to celebrate 100 years of Diplomatic Service of the Republic of Azerbaijan meanwhile it is stopped process when Bolsheviks invasion in April 1920 and inclusion of Azerbaijan into the Soviet Union. And after the restoration of the state independence by Azerbaijan on October 18, 1991 opened the formation of diplomatic service of an independent country. Then continue over 70 diplomatic relationship missions abroad until nowadays.
Within Azerbaijan economic development rapidly helped transform this country. At least over the last 15 years the level of poverty in the country dropped to 5.4 percent which is the economy grew more than 3 times and 260 billion USD have been invested through this country. A new era of Azerbaijan contributes the quality of roads and highways has built to bridge among Asia and Europe. These feature proud of the capital city Baku to be located Formula 1 SOCAR Azerbaijan Grand Prix 2019 event.

6 international airports with 5 star Baku Heydar Aliyev is another contribution to modern transportation infrastructure, the re-shaping Eurasia's transportation map. In the energy sector Azerbaijan has also built in multiple pipelines to transport oil and gas to international markets. Among largest transnational energy transportation projects are Baku-Tsibilisi-Jeyhan oil pipeline, Southern Gas Corridor, running from Azerbaijan through Georgia and Turkey to Europe up to Italy. Which is why Azerbaijan is becoming an indispensable partner for Europe and a regional hub connecting countries and continents.

Azerbaijan known as one of the world's recognized centers of multiculturalism. All ethnic and religious groups live in Azerbaijan in peace and harmony. Being a member of both, the Organization of Islamic Cooperation and the Council of Europe is to strengthen dialogue, partnership and cooperation between the Muslim world and Europe.

On this opportunity with due to respect coming to peace and security, Mr Ruslan has mention the conflict between Armenia and Azerbaijan. That is a serious problem not only this country but for regional stability and regional peace. The conflict between Armenia and Azerbaijan must be resolved based on the norms and principles of international laws within the territorial integrity of Azerbaijan.

As we can see with bilateral relations between Azerbaijan and Indonesia since the establishment of diplomatic relations in 1992 was develop very fast and dynamically. Azerbaijan government has noticed Indonesia as one of friendly and brotherly countries. The high level political relations are based on the principles of friendship, mutual respect and cooperation. This year Azerbaijan assumes chairmanship in NAM (Non-Alligned Movement) and will be hosted Summit of NAM on 21-26 October 2019. They hope that Indonesia as one of the NAM founders will actively participate in the Summit.

They have big potential to further elevate and diversifying economic and humanitarian cooperation in many fields such as investment, trade, tourism, transit and tranportation, education and culture and others. They also glad to continue sharing our experience of ASAN Service system in public service delivery with Indonesia. Also both eager to work together and explore more opportunities for our bilateral cooperation in the years to come.


This remarks also inaugurates post stamp specially made by Pos Indonesia on the occasion of 100 years of the Diplomatic Service of the Republic of Azerbaijan. Mr Ruslan would like to thank Pos Indonesia for their good will and cooperation.
anniversary Azerbaijan Events International 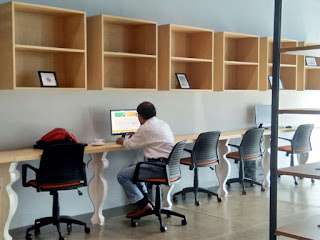 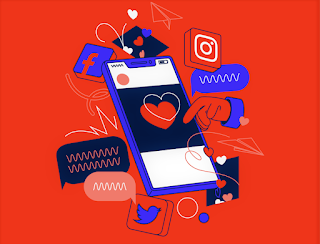